What Library Books I Am Listening To…

I am currently listening to mystery novels by Kate White on Hoopla.  I just started listening to Have you seen me? which is a standalone novel where we are introduced to the main character as she begins to suffer from amnesia.  That’s as far as I am into this book.
I have also listened to three of the author’s Bailey Weggins mysteries, So Pretty It Hurts, Even If It Kills Her, and Such A Perfect Wife.  Her protagonists live in NYC and the mysteries that I have listened to so far take place in NY and New England.  Bailey Weggins is a crime writer who ends up solving the mysteries that she is reporting.
We have many of her books in the Library collection and in READS.
I recently listened to a couple of psychological thrillers by Mary Kubica. The Other Mrs. and When The Lights Go Out.  It’s hard to say a whole lot about these without ruining the experience. Her works can be found in the Library collection and in READS.
~Marcia B.

I’m a big fan of anything cross genre, especially if it’s dystopian. Teen fiction is also a big draw for me, and unconventional stories. Lately I’ve interested in reading a lot of creeping psychological horror with sci-fi and fantasy leanings.

My all time favorite of the creeping psychological dread is probably House of Leaves. It uses quite a bit of unconventional writing techniques not often seen outside of poetry anthologies, but isn’t too heavy handed. The main character is piecing together snippets of documents about a fictional movie about a house that doesn’t exist and uses the idea of space and distance in literally maddening ways.

If you like a little fae influence, I recommend The Hum and the Shiver. It starts out fairly gumshoe detective, but quickly introduces the reader to a whole hidden world and culture of magic and music and secrets, all set in modern small-town Appalachia where certain people are more than they seem to be. 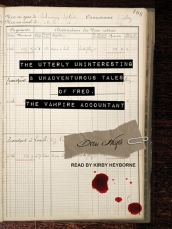 For something a little more light-hearted I’ve been listening to the audiobook version on the Overdrive app of The Utterly Uninteresting and Unadventurous Tales of Fred, the Vampire Accountant. The whole series is a really hilarious, slightly episodic adventures of Fred, who is a very introverted, rather boring accountant, and also a vampire, as he gathers up a ragtag crew of supernatural misfits as his friends in his new vampire social life. He also saves a bunch of people, somehow. Several times. 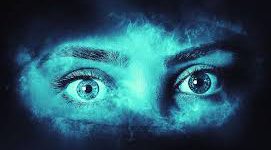 Have you been on the edge of your seat, waiting for this next installment of my Suspense Spectacular? (Just answer Yes; let’s get an atmosphere going.) My previous post introduced a few big names in the genre. We also honored the predecessors of today’s hits. Today, I’ll start by focusing on female stars of the genre. Lastly, we’ll dig up hidden gems from authors you might not expect.

Writing for The Atlantic, Terrence Rafferty claims that “Women Are Writing the Best Crime Novels.” He says, “They don’t seem to believe in heroes as much as their male counterparts, which in some ways makes their storytelling a better fit for the times.” Without shying away from murder – be it most gruesome – the insightful women who have flourished within “domestic noir” write with “awareness of that inside-out sort of violence” that occurs so often in real life. (1) So, if you’re looking for a psychological edge, you’ll be spoiled for choice among women authors in this genre.

Incidentally, I learned that several male writers use female pen names within this genre. (2) That makes marketing sense, as their readers are more likely to be women. (3) Considering the history of women authors using masculine noms de plume – their only option if they hoped to be taken seriously – it’s ironic that men can now use women’s names in order to increase their own profitability as authors!

Don’t worry. This is not a blog post about The Patriarchy. But I hope to highlight some of the writers of this genre who actually are women – not men using women’s names. (Yes, I did double-check them all! My search history got a little weird.) You can find summaries of intriguing titles online.

Women of the Genre

As you can see, there are so many incredible women authors to choose from; I found it difficult to stop adding names to the list!

Now, by “Deep Cuts,” I mean a few things: lesser-known works by famous authors, works of suspense by authors who normally write within a different genre, or even books you might pick up without knowing what thrills lie in store.

Nothing beats a page-turner when it comes to summer reads; and I’ve certainly given you a lot to choose from here. So come to the library, check out a book, and beat the heat with a chilling tale of suspense! 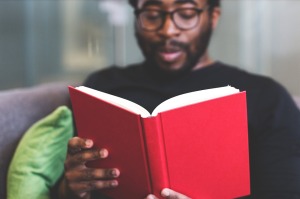 END_OF_DOCUMENT_TOKEN_TO_BE_REPLACED

When confronted with a thriller, I used to think, “Here’s a novel that features guns, bombs, and lies. Probably some politics, too.” And while those elements might feature in some bestselling books, I now know how narrow my perception was. For I have probed past the whims of pop culture, and discovered some of the fascinating premises to be found within the realm of suspense, thriller, and crime novels. While this genre may not be new to you, I hope you’ll follow along with this two-part post, and perhaps leave your best recommendations at the end.

“Crime pays,” says journalist Anita Singh, writing for The Telegraph: “thrillers and detective novels now outsell all other fiction.” [1] It’s a broad category: these novels might be packed with fast-paced action (the Jason Bourne series), psychological drama (Gone Girl), or military intrigue (The Hunt for Red October). With high stakes and life-or-death outcomes, thrillers often become the basis for hit movies. And while supernatural or dystopian tales may have had a surge in popularity over recent years, thrillers continue to enthrall us because they could happen. Grounded in reality, often set in present-day, they let us imagine what life would be like if we got on the wrong side of a corrupt government – or a jealous lover.

But why would anyone want to do that? The late novelist and critic Mary McCarthy explained it this way: “We all live in suspense, from day to day, from hour to hour….” And, as writer Lisa Gardner adds, “…one of the appeals of suspense is [that we can] safely explore our innermost fears.” [2] In other words, we all live with a high degree of uncertainty in our lives. The more nervous, fragile, lonely, pessimistic, or uninformed we feel, the more we fear that uncertainty. When fiction addresses that primal fear, it allows us to take a breath, say to ourselves, “OK. What if?” and confront those worst-case scenarios. Fear often shrinks under scrutiny. And if we vicariously reach a satisfying solution through the deeds of our literary avatars, so much the better.

Today, we’ll start with the heavy hitters: the names that even I recognized! Then we’ll look at the classic works of literature that paved the way for those authors. Next week, we’ll scrounge up a few “deep cuts” – lesser-known works of suspense by authors who usually fit into a different genre. And we’ll highlight some of the women authors who are shaking things up in the realm of suspense.

That’s all for this week. Check back next week as I do my best to turn up some unexpected finds, and explore the success of women authors in this genre. Don’t forget to share your favorites (especially classics) in the comments below!

* A line you will recognize from either The Importance of Being Earnest or Willy Wonka & the Chocolate Factory, depending on your tastes. 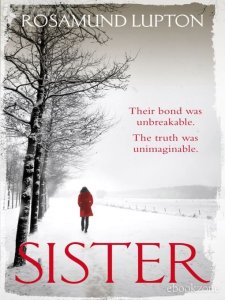 Bee (Arabella Beatrice) received a frantic phone call from her mother—her sister Tess was missing. She took a leave of absence and flew back to England to help figure out what had happened.   Bee knew her sister wouldn’t have left London being eight months pregnant. She knew something had happened to her. But no one could find a thing. She asked Tess’ married boyfriend, she found the photographer obsessed with Tess’ beauty and she found her friends. When Tess is found, the police pronounce it suicide. Bee knows that couldn’t be true and continues her investigation. The further she investigates, the more she believes her sister was murdered.

Ms. Lupton writes in the first person, which I find more direct and personal. I had to read this book for a book club, but I liked it more than I thought I would. It drew me in, kept drawing me in until I had to finish regardless of time.