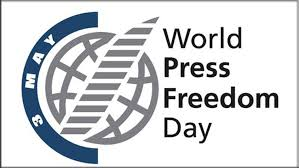 May 3rd is World Press Freedom Day; a day designated by the United Nations to recognize and celebrate the fundamental principles of press freedom. This year’s conference originally scheduled the last weekend in April at the World Forum in The Hague has been postponed until October, in the same location.

UNESCO (United Nations Educational, Scientific, and Cultural Organization), headquartered in Paris, is launching the 2020 global campaign on media and social media channels focusing on Journalism without Fear or Favour with special emphasis on:

Proclaimed in December 1993 by the UN General Assembly, World Press Freedom Day acts as a reminder to governments of the need to respect their commitment to freedom of the press. It is also a day for media professionals to reflect about current issues surrounding press freedom and professional ethics.

The stated purpose of the World Press Freedom Day is to celebrate the fundamental principles of press freedom, assess the state of press freedom throughout the world, defend the media from attacks on their independence, and to pay tribute to journalists who have lost their lives in the line of duty.

World Press Freedom Day was chosen to highlight freedom of expression as a fundamental human right. As agreed by the United Nation’s Universal Declaration of Human Rights in 1948, Article 19 says “Everyone has the right to freedom of opinion and expression; this right includes freedom to hold opinions without interference and to seek, receive and impart information and ideas through any media and regardless of frontiers.”

Access to information and media freedom contribute to human empowerment, which in turn helps people gain control over their lives and their communities. These are achieved through access to fair, accurate, and unbiased information, representing many opinions. The ability to have unfettered access to information and to relay it throughout their community allows active collective participation. These freedoms must be protected by rule of law and the populace must be educated in the information literacy that supports civic engagement by the citizens of all countries allowed into the United Nations.

War on words: who should protect journalists? by Joanne M. Lisosky and Jennifer R. Henrichsen (323.445 LIS)

To be able to understand the possible genetics that could result in schizophrenia and psychosis; to pinpoint the gene or genes that are damaged or missing, alone or in concert – that is what the Galvin family can offer.

In biographical form, Kolker narrates the history of the Galvins beginning with the childhoods of Mimi and Don Galvin, their meeting, romance, marriage, and family that resulted in twelve children over the course of twenty years. In a post war society of competition, the Galvins were successful in the number of children they were able to produce, but why or how did six of their sons end up with a schizophrenic diagnosis? Kolker weaves the Galvin’s history with the nineteenth and twentieth century’s progression of mental health diagnosis and treatment, and how the Galvin family crossed paths with the National Institutes of Mental Health. The nature versus nurture argument looms large – was the extremely high number of schizophrenic children (6 of 12) a result of flawed genetics or a result of a strict mother yet violent “boys will be boys,” outbursts and shocking abuse? Hats off to the Galvin family for their candid story – it could not have been an easy journey.

With most of the Galvin family members donating samples of their DNA to the study of mental illness, they have joined other families with multiple members exhibiting symptoms of mental psychosis to help detect abnormal or predeterminate genes. These genetic studies have gone on for decades – these families’ genetic contributions have been an invaluable tool in understanding the evolution of mental illness.

I read this book because it landed at the top of the New York Times Bestseller List for nonfiction; it sounded interesting. It read like a novel; I was able to finish it over a weekend. It was engaging and, on some level, horrific. At times it was like a train wreck, I was unable to look away, and on the way, I learned a lot.

I will be adding Kolker’s 2013 book, Lost Girls: An Unsolved American Mystery to my reading list.

May is Mental Health Awareness Month

May has been observed as Mental Health Awareness Month in the United States since 1949 to reach people through various media, local events, and available resources and screenings. Mental health is something we all should care about. While 1 in 5 will be directly affected by mental illness during their lifetime, we all face challenges, especially now, that impacts our mental health. Mental Health America provides tools for all segments of our society to help care for ourselves and each other.#breakthestigma allows us to share our stories and connect with others

During May the National Alliance of Mental Health joins the medical community to raise mental health awareness – fighting stigma, providing support, educating the public, and advocating for policies to assist those with mental illness and their families.

Using the #NotAlone hashtag, personal stories can be shared, increasing awareness and building connections with digital tools – especially during this climate of physical distancing.

There is ALWAYS a community, you are not alone!

On the website, there is a link at the top of the home page to “find help now” for those in immediate crisis. This provides multiple 24/7 crisis phone and text lines.