Read Across America Day is a day to celebrate reading, with a special focus on reading for fun. Celebrated on the birthday of Dr. Seuss, it’s a perfect day to eat some green eggs and ham and pick up a book! Enjoy this quiz to see which Dr. Seuss character you would be.

Twist your tongue up trying to follow along with Oh say can you say, and explore social issues with The butter battle book and The Lorax. Besides Dr. Seuss’s classic melodic fiction like Hop on Pop and One fish, two fish, red fish, blue fish, we have some excellent biographies of Dr. Seuss for all reading levels. From Dr. Seuss the great doodler for beginner readers, to Oh the places he went and Who was Dr. Seuss? for more independent readers.

Check out the Dr. Seuss display in the children’s department for more fun reading suggestions, or ask one of our librarians. Also, join us March 1st-15th for a Dr. Seuss scavenger hunt, where we search for the silhouettes of some of his most iconic characters!

For a more grown-up take, check out our Dr. Seuss biographies upstairs, like The Seuss, the whole Seuss, and nothing but the Seuss: a visual biography of Theodor Seuss Geisel, as well as literary analysis of some of the political and philosophical idealism behind Dr. Seuss’s writings, such as in Dr. Seuss and philosophy, all the thinks you can think. 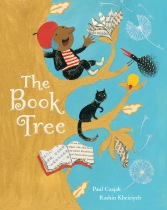 Read Across America has expanded from a purely Seussian holiday to focus on inclusive literature across reading levels, with recommended books of the month following in the literary tradition of Dr. Seuss of inclusive and thought provoking literature for all reading levels. The Book Tree by Paul Czajak for elementary readers is the book of the month for March which explores censorship themes with a light-hearted story about growing your own books.

For middle grade readers try out Zora and Me: the cursed ground by T. R. Simon,a historical fiction based with a fictionalized Zora Neale Hurston and her best friend tackling the tough topics of collective memory and the effects of slavery. Or try the March book of the month The faithful spy: Dietrich Bonhoeffer and the plot to kill Hitler by John Hendrix, a graphic biography of a pastor whose faith led him to fight against the Nazi regime. 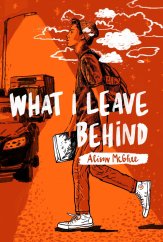 For teen readers, What I leave behind by Alison McGhee explores loss, trauma and social culpability in a heartbreaking but ultimately hopeful story and The Love and Lies of Rukhsana Ali by Sabina Khan tackles the intersections of homophobia, religion, and cultural tradition in a plaintive emotional story. For more recommendations, see the Read Across America Display on the shelves outside the Teen Room, or ask a librarian! 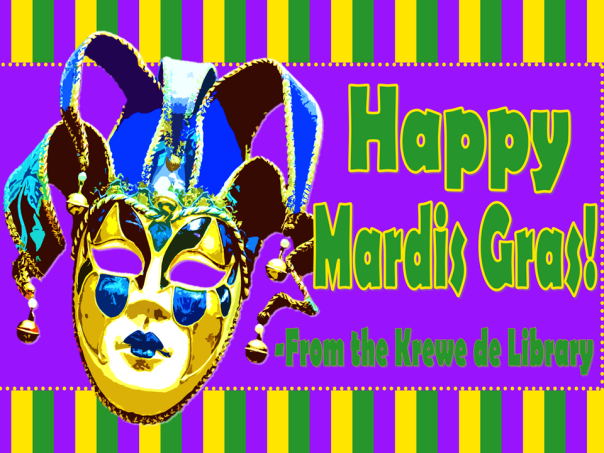 Star Crossed Lovers: 10 Tragic Couples To Read (And Cry About)

Have you heard the phrase “star-crossed lovers” before? Have you ever wondered what it means, where it came from, or how did it become one of the most popular romance tropes in pop culture?

The phrase “star-crossed lovers” describes a couple whose relationship is often thwarted by external forces. The phrase was coined by Shakespeare in his 1595 play Romeo and Juliet:

From forth the fatal loins of these two foes

A pair of star-cross’d lovers take their life;

Do with their death bury their parents’ strife

It is crucial to remember here that “star-crossed” does not equate to Disney’s “meant to be” or “happily ever after.” In fact, it is quite the opposite. Shakespeare’s “star-crossed” equates to “doomed to die” or “destined to fail”; representing a cautionary tale for those not to become or pursue for such a fate in romance. Of course, modern pop culture has referenced the star-crossed lovers archetype from songs such as Joy Division’s “Love Will Tear Us Apart” and No Doubt’s “Gravity” to major cinema pictures including Jack and Rose from Titanic and Satine and Christian from Moulin Rouge.

The star-crossed archetype is found not only in music and movies but in literature as well. From classic to contemporary, here are 10 tragic literary couples we can’t help but to read and cry about.

It’s all doom-and-gloom as Wuthering Heights is set in the gothic moors of England. Heathcliff, an orphaned gypsy raised by the Earnshaw family, falls in love with their daughter Catherine. Despite their seemingly romance, Catherine chooses to marry for status rather than for love; leaving Heathcliff in rage lashing out in vengeance and violence. A selfish and self-destructive love at it’s best.

Romeo and Juliet are not the only star-crossed teenagers to have a tragic ending. When Hazel meets Augustus at a cancer patient support group, the two of them embark on a romantic journey together to Amsterdam in search of their favorite author. Despite their limited time together, Augustus and Hazel both learn that hurt in this world is unavoidable. The Fault in Our Stars does not end with dry eyes or an unbroken heart.

Set in the roaring twenties, Gatsby and Daisy became one of the most doomed star-crossed lovers in modern literature. Gatsby and Daisy are in a delusional love affair as all odds are stacked against them including mysterious millionaires, selfish flappers and jealous, murderous husbands. Their tragic ending is so beautifully and symbolically written that we keep coming back to it decades after its initial publication in 1925.

Love cannot bloom in a totalitarian state, but that doesn’t stop Winston and Julia from trying. Winston and Julia secretly engage in a passionate affair, hiding their love from the government. These star-crossed lovers truly believe they can conspire to overthrow their dystopian dictatorship. However, the tortuous tyrannical Big Brother is ultimately stronger (and more powerful) than any emotional bond the lovers might share. To Big Brother, love is corruption. Still bleak and relevant.

Tess is unlucky from beginning to end. From the birth of her child by rape to her eventual demise in seeking revenge on her attacker, Tess’s tragedies remind her that she cannot (and never will be) with her true lover, Angel.  Readers beware, Tess of the D’ubervilles is not for the faint of heart.

After Louisa loses her steady job at a cafe, she takes on a job as a caretaker for a quadriplegic man named Will Traynor. Will, despondent about his physical condition, wants to end his life in Switzerland. Louisia is distressed by what she hears, and tries to convince Will that there is a point to living by taking him on mini adventures; showing him how wonderful life can be. Get ready for the tissues.

It’s all one big misunderstanding after another. Once Cecilia reveals her romantic feelings for the gardener, Robbie, things go quickly wrong from there. One night at a dinner party, Cecilia’s younger sister accuses Robbie of raping Cecilia’s cousin out of suspicion and fear. The wronged Robbie, who could have jumped the social gulf and lived happily ever after with Cecilia, instead goes to prison, then to the front lines in WWII, and…well, it doesn’t end happily for either of the lovers.

Set during the Civil War, Cold Mountain is an odyssey of estranged lovers struggling to reunite with one another. Searching for the other, Inman and Ada fight for their survival (and for their love) by showing perseverance throughout their journey. In the end, Inman teaches us that losing something you already have is far worse than not getting what you want.

Noblewoman and socialite, Anna Karenina, has a scandalous love affair with a dashing military man named Count Vronsky.  Vronsky is eager to marry Anna if she agrees to leave her powerful government official husband, Count Karenin. It all turns into a downward soap opera spiral, except it’s Tolstoy, which means it ends on a tragic note.

Set in pre- and post- World War II, Noah and Allie fall in love at the wrong place and time. Separated due to their socio-economic status, Noah continues to write letters to Allie, confessing his love for her, and the letter goes unanswered. Time passes, and Noah and Allie are finally able to reconnect but at a higher cost.

No matter what the external forces are (war, family, status, bad luck, etc.) there is a reoccurring theme with star-crossed lovers — and that is, no one ends up happily with the other. What are some of your favorite star-crossed couples?

Love against All Odds in Books, A Valentine’s Day Special https://www.theguardian.com/childrens-books-site/2015/feb/12/love-against-the-odds-in-books-valentines-day

Do you have piles of expensive magazines stashed around your house? Do you sometimes find it inconvenient to visit the Library to access your favorite periodicals? Check out Flipster, the Williamson County Public Library’s new digital resource that gives you instant access to popular magazines on your computer, smart phone, or tablet. It’s as easy as flipping a page . . . there’s no clutter . . . and it’s FREE!

You can choose from 57 different magazines on a variety of subjects covering sports, business, entertainment, home and garden, men’s and women’s health, food and cooking, news and politics, and travel.

GETTING STARTED WITH FLIPSTER

Go to WCPL’s website (wcpltn.org) and mouse over to Books & More on the homepage.

Click on the Magazines under the Research column on the right.

You’re now signed in and you can start reading free digital magazines on your computer!

On Your Smart Phone or Tablet:

Download the Flipster app on your smart phone or tablet from the App Store or Google Play Store. 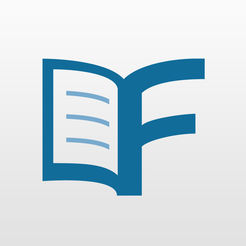 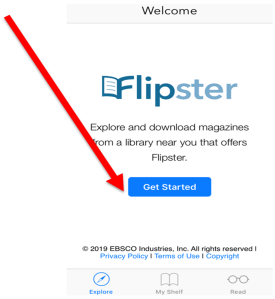 In the Find My Library box, click Allow to let Flipster search your location for nearby libraries that offer Flipster. 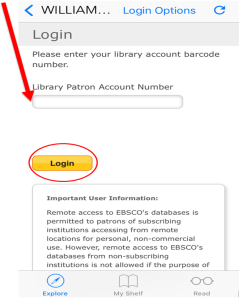 You can now start reading digital magazines on your smart phone or tablet!

Once you’ve signed into Flipster, you can access magazines in several ways:

Simply click on the magazine cover to open it.

That’s all there is to it!  But if you’d like additional information on using Flipster, to go https://ebsco.libguides.com/flipster/flipsterapp, where you’ll find more detailed instructions, tips, FAQs, and video tutorials.

With Flipster, you can free space taken up by paper issues of magazines, save money on the cost of subscriptions, and read your favorite magazines whenever and wherever you’d like. Enjoy your digital magazines!