“Pseudonym” comes from the Greek pseudonymos, meaning “having a false name, under a false name,” and writers have used pseudonyms or pen names for centuries. Everybody knows that “Mark Twain” was the pen name for Samuel Clemens, and by now most readers have figured out that “Robert Galbraith” (The Cuckoo’s Calling and The Silkworm) is a pseudonym for Harry Potter creator J.K. Rowling. But did you know that “J.K. Rowling” is also a pseudonym? Rowling’s real name is Joanne (no middle initial) Rowling! Why would an author choose to write under a different name? And just who are some of these writers who’ve pulled the literary wool over readers’ eyes with alternate identities?

One of the most common reasons for writing under an assumed name is to conceal the author’s gender. Women writers simply weren’t always taken as seriously as their male counterparts, and some of the most celebrated authors of all times had to use masculine pen names to insure their works were given the same consideration as male writers, or even be published at all. Among the most famous are the Brontë sisters, Charlotte, Emily and Anne. Charlotte published her works, including the classic Jane Eyre, under the male pen name “Currer Bell.” Emily used “Ellis Bell” for her masterpiece Wuthering Heights, while Anne wrote Agnes Grey and The Tenant of Wildfell Hall as “Acton Bell.” 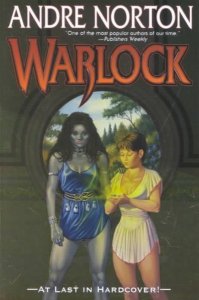 Louisa May Alcott published her most famous work, Little Women, under her real name, but she began her career writing as “A.M. Barnard.” Mary Ann Evans began writing as “George Eliot” to distance herself from the female romance novelists of the Victorian era. She revealed her true identity after her novel Adam Bede was well-received, but continued using her pen name for her other works, including Middlemarch. Karen Blixen, author of Out of Africa, is better known as “Isak Dinesen.” Amantine Lucile Aurore Dupin is famous as “George Sand.” Women writers still use male or androgynous pen names. Science fiction novelist Alice Mary Norton wrote as “Andre Norton” to increase her marketability with her primarily male audience. J.K. Rowling’s Harry Potter publishers urged her to use initials instead of her real name Joanne for fear the target audience of young boys wouldn’t read something written by a woman. Jane Austen hid her identity but not her gender when she published Sense and Sensibility as “A Lady.”

J.K. Rowling wrote her adult mysteries The Cuckoo’s Calling and The Silkworm as “Robert Galbraith” to “publish without hype or expectation” and received unbiased reviews from critics without the preconceived notions her name carries. Novelist Evan Hunter (born Salvatore Albert Lombino) saw his most success writing crime fiction as “Ed McBain” (the 87th Precinct series). Hunter’s 2005 New York Times obituary explained that McBain and Hunter bylines were kept very separate “to avoid any confusion or shock that readers of Evan Hunter’s ‘serious’ books might feel when exposed to the ‘mayhem, bloodshed, and violence’ that were Ed McBain’s meat and drink.” Isaac Asimov, best known for his popular science and science fiction works, wrote a series of juvenile sci-fi novels as “Paul French.” Poet Cecil Day-Lewis published detective novels as “Nicholas Blake.”

To Avoid Saturating The Market

Early in Stephen King’s career, his publishers felt writers should be limited to putting out only one book a year. To get around this restriction, he created “Richard Bachman.” He came up with the name while on the phone with his publisher – he had a Richard Stark novel on his desk and a Bachman Turner Overdrive song was playing. King wrote four novels as Bachman but once his cover was blown, he declared Bachman dead of “cancer of the pseudonym.”

A more extreme example is provided by horror master Dean Koontz. Throughout the 1970s, Koontz published as many as eight books a year, and since his editors told him that writing in different genres under the same name was a bad idea, and risked serious overexposure, he chose some aliases: “Aaron Wolfe,” “Brian Coffey,” “David Axton,” “Deanna Dwyer,” “John Hill,” “K.R. Dwyer,” “Leigh Nichols,” “Anthony North,” “Owen West,” and “Richard Paige.” Koontz is suspected of using other names as well, but only admits to writing under these ten pen names.

To Separate A Writing Career From A “Day Job” 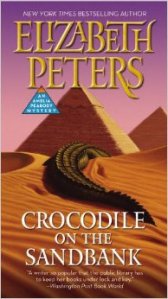 Nevil Shute Norway published his novels, including A Town Like Alice and On the Beach, as “Nevil Shute” to protect his aeronautical engineering and business careers. Renowned Egyptologist Dr. Barbara Mertz is better known as “Elizabeth Peters,” writer of the bestselling Amelia Peabody mystery series. Sir Walter Scott wrote Waverly and other novels anonymously to protect his reputation as a poet. “Ann Landers” was a pen name created by the popular advice column’s original author, Ruth Crowley, who didn’t want it confused with another column she was writing about child care. Joe Klein, TIME magazine political columnist, wrote the novel Primary Colors, based on Bill Clinton’s first presidential campaign, as “Anonymous” and went to great lengths to protect his true identity.

As a Pen Name for a Group of Writers

It turns out that some well-known writers never existed at all! The Hardy Boys series by Franklin W. Dixon was written instead by several ghostwriters. Likewise, the Nancy Drew and Dana Girls series were not the work of Carolyn Keene, who didn’t exist, but by different ghostwriters. Laura Lee Hope, credited with The Bobbsey Twins series, was also just a pseudonym for several ghostwriters.

No matter why a writer chooses to use a pseudonym, whether to mask gender, explore different genres, or maintain professional and personal privacy, key results are the unlocking of creativity, the freedom to write as one pleases, and the opportunity to have one’s work made available to readers. Without the use of pen names, some of literature’s greatest masterpieces (and works of popular fiction) might never have been written or published.