← William the Conqueror Did WHAT?!?
COMPOSTING: Cut Down on Food Waste and Help Your Garden Grow → 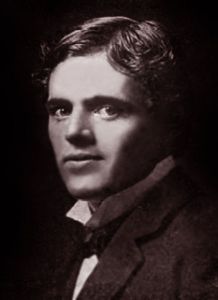 It now seems intuitive that Jack London would dream of living in a rustic setting. As a journalist, writer, and public speaker, London knew both renown and controversy. His output established him as a man of adventure, who expressed his beliefs with drive and vehemence. On January 12, 1876, London was born John Griffith Chaney in San Francisco, California. His mother bore him out of wedlock and later changed his last name to that of his stepfather, John London, but from his earliest years, they referred to the boy as “Jack.”

The adolescent Jack London thrived on curiosity, which transcended the bounds of his blue-collar upbringing. Hours spent at libraries developed the young London’s mind, while instilling in him another desire: to travel. By the age of 17, he had gone on a sealing voyage in the Pacific. The trip was a professional catastrophe, but London and his shipmates returned home alive. The budding scribe jotted down his maritime story and used it to win a local writing contest. So began Jack London’s method of drawing themes from Mother Nature.

As he matured, London’s exploration only increased. After spending some time on the East Coast, he returned to California and attended UC Berkeley. London did not graduate, instead heading to the Yukon at the time of the Klondike Gold Rush. This period in Canada supplied material for his novel, The Call of the Wild.

Jack London’s cabin in the Yukon

After the success of Call of the Wild, London was in demand and had made a fair amount of money. His innate ruggedness led him to avoid urban life. Like Thoreau before him, London sought out a countryside retreat, finding one of his own in Sonoma County, California. Here he purchased a ranch and lived in a small cottage, while conceiving plans to build an estate, Wolf House, on the property.

Though he no longer stood destitute, London still identified with the problems of working people. He didn’t hide his leftist views. London gave many lectures critical of capitalism. He also penned combative works that took on the upper class. London stayed always a fighter for the underdog. He never lost interest in travel, going as a newspaperman to cover the Russo-Japanese War of 1904.

London married twice. He and his second wife, Charmian, once made a grand escape across the Pacific. Their destinations included Hawaii, Samoa, Fiji, and Australia. Unfortunately, London’s heavy drinking and extreme pursuits took their toll, forcing him to back off from seafaring. London returned to Sonoma County, where he resumed construction of Wolf House.

In the year 1913, an accidental fire destroyed the still incomplete Wolf House. London was aging fast and construction of the estate never restarted. The end of that dream disappointed him, but London’s intrepid fervor remained. He continued to explore, in spite of his doctors’ advice. Nature kept providing London with a foundation for stories, though at a growing personal cost. 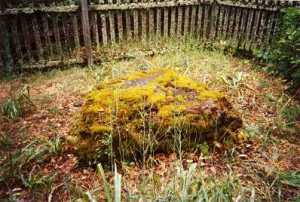 On November 22, 1916, Jack London passed away of kidney disease at the age of 40. His ranch has since become part of the Jack London State Historic Park. London’s cottage, a quantity of his belongings, and the shell of Wolf House remain preserved there. By reviewing London’s life, one might better understand the task of all writers: to hit upon the balance of careful refinement and unfettered inspiration.

(All images courtesy of Wikimedia Commons.)

Posted on October 5, 2018, in Authors and Books, History and tagged Allan Cross, call of the wild, jack london, Wolf House. Bookmark the permalink. Leave a comment.

← William the Conqueror Did WHAT?!?
COMPOSTING: Cut Down on Food Waste and Help Your Garden Grow →