← Guest Post: Adventure is out there!
No Summer Slacking! Six Sweet Selections To Savor Before September → 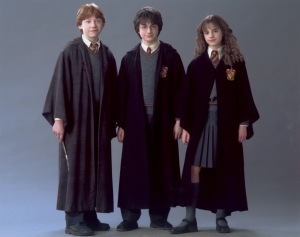 Born as the seventh month dies, as all Harry Potter fans know, is the haunting prophecy that forever establishes the boy wizard’s birthday as July 31. Though Harry Potter and the Philospher’s Stone* was first published in 1997 (making the series nearly 20 years old), according to Rowling the character himself was born in 1980, making the wizard a thirty-five year old father of three, with his adventures beginning in 1991 and coming to an end in 1998, when he was 18.

So, what’s Harry been up to for the last 17 years or so? The series ends with an epilogue featuring Harry’s two sons headed for Hogwarts, set presumably in September 2017, when Harry is 37. In it we come to know that Harry is an Auror, more or less the equivalent of a wizardly policeman/ secret agent.** Aside from this, little else is offered, although during the years, she has dropped hints and tidbits about her characters’ lives . It’s pretty much up to the fans to imagine what his life is like, though the scene implies it’s a happy one.

Last year, JK Rowling offered a tidbit about Harry and his friends through her Pottermore web site, featuring an article written by (notorious) wizardly gossip columnist Rita Skeeter (introduced in the fourth novel, Harry Potter and the Goblet of Fire). Of course, whatever Rita Skeeter writes is “deliciously nasty,” to quote Albus Dumbledore, and less than accurate. In this case, it’s more or less a “seen and heard” column about audience members at the Quidditch World Cup,*** with Skeeter’s nastiness limited to cracks about gray hairs (Harry), thinning hair (Ron), and more than dubious rumors of unhappiness at home in the Potter marriage. The article itself is only available on Pottermore, but a further summary of the contents can be found here. 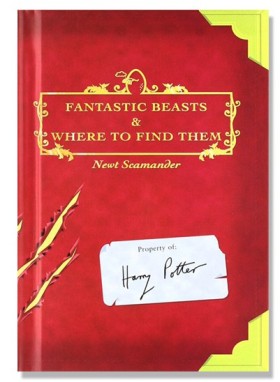 But there are other developments going on as well. JK Rowling has already penned a new Harry Potter screenplay, based on her short book Fantastic Beasts and Where to Find Them (by Newt Scamander), itself a fictional bestiary of magical creatures which Harry and company use as a textbook at Hogwarts.**** Eddie Redmayne, an Oscar winner for his portrayal of Stephen Hawking, has already been signed to play the titular author, and an open casting call has been made for a young heroine named Modesty, Newt’s daughter. The film is initially reported to be a trilogy. For more info, the magic of the web will guide you to the following articles:

But those are not stories about Harry, as they are set some seventy years before Harry is born, and apparently in New York City (so perhaps we’ll see what life is like for American wizards and witches?).

Rowling has instead crafted another Harry Potter tale, though it’s neither a story nor a novel, but a stage play. Scheduled to open in 2016 in London’s West End theatre district, the title is Harry Potter and the Cursed Child, and was co-written with award winning playwright Jack Thorne. Rowling has said it’s “not a prequel,” though it tells more of the story of Harry’s parents. And of course we have yet another magical link.

So there you have it—all that is happening in the wizarding world (at least that we Muggles know of).*****

On a side note there is some “old news” that even local fans may not be aware of—there is a Tennessee connection with the Harry Potter novels (and films). It involves a famous legend and ghost story of middle Tennessee, and the connection appears in every novel of the series. It’s not until the fifth novel, Harry Potter and the Order of the Phoenix, that the full legend comes into play (with a little hold over into the sixth novel). What’s the connection? Well, let’s just say it involves a famous witch, a poltergeist (a spirit who throws things), and a family curse. If you want to find the connection, read the books again!

*The novel was retitled Harry Potter and the Sorcerer’s Stone for its American release, and the name of the title object was similarly changed, but otherwise it’s the same book.

** So, does he introduce himself to the bad guys as “Potter. Harry Potter,” and order his butterbeer shaken? We remain in mystery.

*** Quidditch is a wizard’s sport, sort of combination of field hockey , soccer, cricket and dodgeball, combined with a one-item “I spy” hunt and played on broomsticks. Really, where have you been for the last twenty years that you don’t know this?

**** Hogwarts is the boarding school where Harry and other young witches and wizards go to learn about magic, and, apparently, fight various nasty creatures and servants of the evil wizard Lord Voldemort, who seems to have a habit of terrorizing the school at least once a year. But only during term.

*****Non-magical people who can’t cast spells or fly around on broomsticks, but have to ride cars and airplanes and use telephones, e-mail and Twitter instead of owls to convey our messages. Really, do try to keep up!

The Williamson County Public Library System seeks to meet the needs of county patrons through materials, technology, and programming at countywide locations.
View all posts by WCPLtn »

Posted on July 31, 2015, in Authors and Books, Hot Topics, Teens and tagged epilogue, Fantastic Beasts and Where to Find Them, Harry Potter, Harry Potter and the Cursed Child, Howard Shirley. Bookmark the permalink. Leave a comment.

← Guest Post: Adventure is out there!
No Summer Slacking! Six Sweet Selections To Savor Before September →