Fun Facts about Our Christmas Traditions 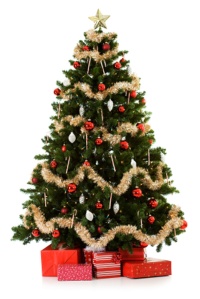 Christmas Carols – These are songs specifically written and sung to celebrated the events of the Nativity. Carols have been around since the 300s. St. Francis of Assisi and the Franciscans put poems to music and popularized the carols. During the reformation and in Puritan America, they were frowned upon and often illegal.

Christmas trees – No one really knows when this tradition started, but it is generally considered to have begun in Germany. Having Christmas trees spread slowly through Europe, and came to England with the German Hanoverian kings. Trees were truly popularized during Queen Victoria’s reign, with the influence of her husband, Prince Albert.

Christmas Wrapping – Originally, unwrapped presents were put out during Christmas Eve, after the tree was decorated. Nowadays, trees are put up so much earlier and gifts come from other family members. It is generally understood that any unwrapped gifts came from Santa Claus.

Christmas cards – Christmas cards started out as decorative note paper that people used to write to their relative on holidays. They became even more popular after Valentine’s Day cards spread throughout England in the 1830s.

Eggnog – This popular milk or cream based drink gets its name from an old term for ale, which was called nog. The drink was a French tradition, which we Americans promptly added ale (or liquor) to. 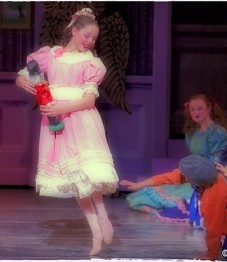 Nativity Scene or Crèche – The earliest known Nativity Scene dates back to Rome in the 300s; it was part of the Christ’s Mass, and was said to have come from Bethlehem. St. Francis of Assisi is credited with popularizing it when he placed real animals and people in the scene.

The Nutcracker – This story was written in 1816 by German author E T A Hoffman and was rather a dark grim tale. Alexandre Dumas adapted it in 1845 and made it less scary. In 1891, Tchaikovsky wrote the music for the ballet which opened in St. Petersburg in 1892, and has remained popular ever since.

The Twelve Days of Christmas – This time period starts on December 26 and continues through Epiphany (also known as Three Kings Day.) which is January 6th.  In 567, at the Council of Tours, it was decided that these twelve days would be set aside to honor and observe the birth of Christ.

Wassail – Wassail comes from the Old English words waes hael, which means “be well,” “be hale,” or “good health.” Originally it was a strong, hot drink (usually a mixture of ale, honey, and spices), but over the centuries some non-alcoholic versions of wassail evolved.

How to write Merry Christmas in other languages